Bills that went before the Michigan legislature June have had a positive impact on father's rights.  A Hartland Township man was the inspiration for this new legislation.  His daughter's mother was married to another man when she became pregnant with his child.  After she reconciled with her husband, the child ended up in the custody of a convicted drug dealer.  The biological father had no legal claim to the child.
The Michigan Paternity Act was an old law put in place to protect the sanctity of marriage.  It gave the husband parental rights to any children born to their wife, regardless of biology.  Under this old law, a Family Court Judge could not even consider giving the biological father of such a child any rights.  This outdated law was put in place before DNA testing was available. 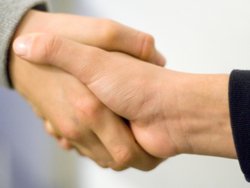 Call now to schedule a consultation!

To file for paternity in Michigan you need to know the following information:

REVOCATION OF PATERNITY ACT Public Act 159 of 2012 was signed into law last June by Governor Snyder and gives biological fathers more rights to establish parentage when a child is conceived and/or born during a marriage.

The Revocation of Paternity Act permits a biological father to establish paternity of a child born during a marriage. This Act only allows paternity to be established if it is done during the first three years of a child's life or within one year after the date of the order of filiation.  However, there is a clause that permits the filing of an action if it is done within one year of the enactment of this legislation, not later than June 12, 2013.

Both, Dads and moms both have a right to know their child and with that comes the responsibility to support their child emotionally and financially – even if they aren’t married to each other.

If you are in need of an attorney to help you establish paternity, contact attorney David J. Dart to discuss your case.  He may be reached at (734) 404-5800.