Domestic Violence / Spousal abuse carries severe penalties in Michigan, even if a couple is not legally married. This type of domestic violence, defined as physical, sexual, psychological or emotional abuse, as well as economic coercion with an attempt to control a spouse or household member. David can assist in Domestic Violence combined with Divorce.

In the State of Michigan, Defendant’s charged with domestic violence or domestic assault must go to court, even if the victim doesn't press charges. The types of abuse and wide array of differences in the frequency and severity. Also, the past decade of national attention and staggering statistics makes Intimate Partner Violence (IPV) also known as domestic abuse charges extremely debatable for alleged offenders.  National statistics from the Center for Disease Control and Prevention

The first charge of Domestic Assault whereas you have not physically hurt anyone is a Misdemeanor. Penalties for first-time or second-time Domestic Assault conviction may include jail time, court costs and probation. In addition, the judge may order anger management, drug and alcohol testing, community service or other forms of counseling at sentencing. The third conviction is a Felony and sentences of Domestic Assault is two years in prison and fines.

Aggravated Domestic Assault is when a victim has received severe injury requiring medical attention. The first conviction falls under a misdemeanor - punishable by jail time and/or a fine. The second aggravated domestic assault charge, or subsequent, is a Felony charge. Penalties for this are at a judge’s discretion and increase in severity for circumstances.

Domestic Violence / Spousal Abuse - also known and referred to by healthcare professionals as Intimate Partner Violence (IPV) has staggering statistics which leads to serious consequences for a guilty verdict.

David J. Dart has successfully defended alleged domestic violence offenders. Domestic violence victims are not only women. One in seven men has suffered abuse by an intimate violent partner in their life, according to the CDC. In addition, children exposed to domestic violence exhibit emotional, psychological, and behavioral consequences whereas the child exhibits fear, guilt, isolation, and low self-esteem. 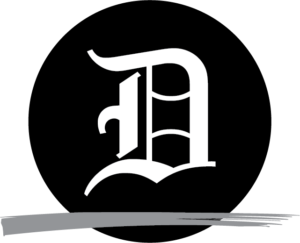 A domestic violence charge could be a charge of simple assault, aggravated assault or one of several other types of criminal charges:

When a person makes a family or household member feel afraid, intimidated, threatened or harassed it is considered Domestic Abuse. Legal ramifications for a conviction for Domestic Violence Abuse.  In addition, a victim may seek legal counsel for other damages and orders.

If you are faced with an emergency after hours or on the weekend and think you cannot find a lawyer, think again. All too often, a legal crisis occurs after regular business hours when most lawyers are hard to reach. David Dart understands the need for emergency legal assistance. David J. Dart P.C. is ready to handle your legal crisis whenever it occurs - day or night, weekday or weekend. Routine matters are addressed during business hours. However, if you face an emergency, if a loved one has been arrested or your children have not been returned to your care in violation of a court order, call David Dart - day or night, weekday or weekend.

Can't take it anymore?
In need of professional legal help?

Call David J. Dart to discuss and put a plan in motion. We look forward to hearing from you soon. Local Legal Representation, here when you need us!

"David has been a great asset in my divorce. He and his staff have been extremely patient and informative with me throughout the process. David has gone out of his way to make himself available to answer any and all of my questions, to break down any concerns I may have while giving me direct feedback based on the law and facts. Tiffany and Julie waste no time in their work and always execute. Believe me, this is the attorney that you want not the one you want to be going up against."
- Blake Drain

"Dave Dart represented me with candor, expertise, and efficiency in a legal matter that resolved in my favor. I highly recommend him and his associates, he's indeed a good lawyer."
- Jerry Salas

Our family has used David on numerous occasions and we have been very happy with the outcome of our cases. While I don't want to mention the legal issues we have faced, I can 100% recommend David if you need help with family law.